Editor’s Note: POLITICO Pulse is a free version of POLITICO Pro Health Care’s morning newsletter, which is delivered to our subscribers each morning at 6 a.m. The POLITICO Pro platform combines the news you need with tools you can use to take action on the day’s biggest stories. Act on the news with POLITICO Pro.

— Public health experts don’t want the nation to rush back to work, fearing an explosion of Covid-19 cases.

— The Trump administration’s relationship with China is set to worsen after a series of new claims about China’s cover-up of the virus.

— The Senate is returning amid some lawmakers’ nervousness about contracting coronavirus and after congressional leaders rejected an HHS offer of rapid testing.

A message from PhRMA:

In these unprecedented times, America’s biopharmaceutical companies are coming together to achieve one shared goal: beating COVID-19. We are rapidly screening our vast global libraries to identify potential treatments and have 284 clinical trials underway. Explore our efforts.

WELCOME BACK TO MONDAY PULSE — Where your authors are looking for your favorite underrated Washington landmark in a movie or TV show. (Dan watched “Salt” this weekend, where the L’Enfant Promenade played a key role by providing a key roll.)

EXPERTS SAY IT’s TOO EARLY TO NATIONALLY REOPEN — Their warnings come after the White House let national guidelines on social distancing expire last week and some states, led by Georgia, take steps to reopen their economies.

“I think we need to be going forward very cautiously,” Johns Hopkins’ Tom Inglesby said on NBC’s “Meet the Press,” nothing that about 200,000 new cases have been confirmed each week. “Overall, as a country, we still have a long way to go,” he added, saying that only a small number of states are getting close to the White House metric of a two-week decline of cases.

— Many governors also are sounding the alarm, even as political pressure mounts — led by conservatives — to reopen state economies.

“We have to keep listening to the epidemiologists and experts, and not listen to the partisan rhetoric or these political rallies,” Gov. Gretchen Whitmer of Michigan, a Democrat, said on CNN’s “State of the Union.” “We have to keep doing the right thing, the next right thing.”

— A second wave of cases also could hit the United States later this year, particularly after schools and residential college campuses are back in session this fall.

As people go back to school and if strict behaviors lapse, “you can see this slow simmer explode into a new epidemic or a large outbreak,” former FDA Commissioner Scott Gottlieb said on CBS’ “Face The Nation,” adding “that’s the concern, that if we don’t snuff this out more, and you have this slow burn of infection, it can ignite at any time.”

— But President Donald Trump is making optimistic claims, like telling a Fox News virtual town hall on Sunday night that a vaccine should be ready by the end of the year.

Trump’s claim contradicted his own health officials, who have been more cautious about the pace of vaccine development, and he also used the town hall to again tout unproven malaria drugs to fight the virus.

THE WORSENING RELATIONSHIP WITH CHINA — The already tense situation between Washington and Beijing is set to further degrade after a series of reports and administration claims this weekend.

— MIKE POMPEO on Sunday claimed there’s “enormous evidence” the virus emerged from a lab in Wuhan, an escalation in the Trump administration’s claims that China bears responsibility for the pandemic.

“There is enormous evidence that that’s where this began,” the secretary of state said on ABC’s “This Week,” before adding “I can tell you that there is a significant amount of evidence that this came from that laboratory in Wuhan.”

While global scientists concur that the virus was likely not manmade or otherwise modified, some Trump officials say the virus may have been released because of a lab accident. The unproven theory is creating new stress between Beijing and Washington.

According to the intelligence report from the Department of Homeland Security, Beijing dramatically increased its imports and decreased its exports of medical supplies before sharing full details on the novel coronavirus outbreak with the World Health Organization. The report reached its conclusion with moderate confidence, it said.

— The president picked JASON WEIDA, an assistant U.S. attorney in Boston, who previously worked at the Department of Justice’s Office of Legal Policy. “He has overseen numerous complex investigations in healthcare and other sectors,” the White House said in a statement. Weida would still need Senate confirmation before taking over the office.

— Trump had blasted the work of acting OIG head CHRISTI GRIMM, claiming that the watchdog’s survey of more than 300 hospitals in late March was “inaccurate” and based on Grimm’s “opinion.” Trump also inaccurately claimed that Grimm, a career official who joined OIG in 1999, was an Obama appointee.

For instance, Biden warned on NBC’s “Today” in April 2009 he wouldn’t advise his family to fly on planes or ride the subway. The message conflicted with the reassurances offered by President Barack Obama a day earlier, and three cabinet officials were summoned to rapidly give a news conference that backed away from Biden’s claims.

The one-time rivals for the Democratic nomination say they’re agreed on the need to strengthen protections for inspectors general, curb conflicts of interest and close lobbying loopholes.

“If Congress and the Trump administration are unwilling to act now, then we will ensure that these changes are made in January 2021, both through new legislation and immediate executive commitments made by the Biden administration,” Biden and Warren wrote. Democrats had insisted on safeguards over a $500 billion fund meant to support distressed industries and companies, but Trump immediately moved to ignore the measures. 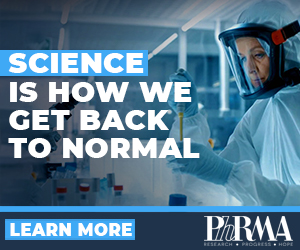 “Congress is grateful for the Administration’s generous offer to deploy rapid COVID-19 testing capabilities to Capitol Hill, but we respectfully decline the offer at this time,” McConnell and Pelosi said in a joint statement. “Our country’s testing capacities are continuing to scale up nationwide and Congress wants to keep directing resources to the front-line facilities where they can do the most good the most quickly.”

— The context: Senators are deeply anxious about returning to the Capitol amid the pandemic, and the White House had been facing criticism that it was getting better treatment than Congress.

A PUSH TO BUMP MEDICAID MATCHING FUNDS — Some lawmakers are joining Medicaid advocates and organizations like the National Governors Association to call for a nationwide 12 percent increase in the program’s federal medical assistance percentage, citing the spike in unemployment, the drain on state budgets and the expected demand for Medicaid services.

“States are grappling with both the increase in demand for Medicaid coverage due to COVID-19 and a budgetary crisis from their COVID-19 response and lost revenue,” Colorado Sens. Michael Bennet (D) and Cory Gardner (R) write in a bipartisan letter to congressional leaders, shared first with PULSE. “We request that you consider policies, like the FMAP increase, that would support state budgets as they grapple with the impact and costs of COVID-19.”

BIPARTISAN, BICAMERAL BILL WOULD BOOST R&D — Lawmakers are set to introduce the FORWARD Act today, which would expand access to research and development tax credits and is intended to encourage U.S. companies to pursue investments like vaccine development and medical countermeasures.

The bill, which was shared first with PULSE, is backed by Sens. Chris Coons, Pat Roberts, Catherine Cortez Masto and Todd Young, and Reps. Suzan DelBene and Jackie Walorski.

LACK OF PROTECTIVE GEAR, TESTING HINDERS HOME HEALTH — Some of the millions of patients relying on home health services don’t want their aides to come, fearing that they may inadvertently bring the coronavirus with them, POLITICO’s Joanne Kenen and Alice Miranda Ollstein report. Meanwhile, some of the low-paid, low-benefit home health aides — lacking personal protective equipment and ready access to testing — don’t necessarily want to go to work.

The situation has barely registered on the radar of the White House or national policymakers. “We’ve been begging the federal government to get them protective gear and testing but it just hasn’t come,” said Katie Smith Sloan, president of LeadingAge, which represents thousands of nonprofit elder care agencies and providers. “It’s a real shame, because lives have been lost.”

ZACK RODAY is joining Guidepost Strategies as a senior adviser, and will also work for Ascent Media. He was previously the communications director for the House Energy and Commerce Committee Republicans.

A message from PhRMA:

In these unprecedented times, America’s biopharmaceutical companies are coming together to achieve one shared goal: beating COVID-19. The investments we’ve made have prepared us to act swiftly:
· Rapidly screening our vast global libraries to identify potential treatments and have 284 clinical trials underway
· Dedicating our top scientists and using our investments in new technologies to speed the development of safe and effective vaccines
· Sharing learnings from clinical trials in real time with governments and other companies to advance the development of additional therapies
· Expanding our unique manufacturing capabilities and sharing available capacity to ramp up production once a successful medicine or vaccine is developed
Explore our efforts.

A Washington Post team digs into Trump’s efforts to reopen America amid the pandemic.

Gilead’s CEO said on CBS’s “Face the Nation” that an antiviral that could help treat the coronavirus should arrive in U.S. hospitals this week.

What your doctor is reading on Medscape.com: March 16, 2020: Following travel restrictions and public health guidance on the COVID-19 pandemic, the American Psychiatric Association (APA) has announced that it will cancel its 2020 annual meeting, which was scheduled for April in Philadelphia. 25-29.“After careful deliberations, we concluded that it is not possible to hold […]

Cuba: Coronavirus-hit countries ask for medical help and why the US is opposed

As health care systems around the world are strained to the point of collapse, Cuban health care “brigades” have been invited to assist medical workers in Italy, Venezuela, Nicaragua, Suriname, Jamaica and Grenada. On Tuesday, Cuban officials released video of a field hospital its health care workers had built in Lombardy, Italy, one of the […]

LAS VEGAS — They each remember that moment, just after dawn on a September day in 1991, when they walked out of the Frontier Hotel and Casino. There was music and singing — “Solidarity forever,” went the song. That first day, the atmosphere was more like a celebration than a work protest. But the strike […]