A new study published in the Journal of Risk Research in April 2020 shows that public health behaviors aimed at preventing viral spread are influenced by public risk perception, which varies between countries around the world.

The virus responsible for the global pandemic COVID-19, termed SARS-CoV2, has spread across the world with unprecedented speed, causing immense fatalities. Between January and April of 2020, the virus spread from Wuhan, China, to over 187 countries and territories, initiating a worldwide pandemic of staggering proportions. The spread of the virus has brought many economies to a crashing halt and killed over 250,000 people. Studies show that men may be at a higher risk of death than women. Minority ethnic groups have also been suggested to be at increased risk.

Governments across the world have taken different measures to control the spread of the virus, ranging from the relatively light approach of Sweden to complete lockdowns in Australia, India, New Zealand, South Korea, and Taiwan. These governments have employed these measures to prevent their healthcare services from being overwhelmed by the massive influx of coronavirus patients. 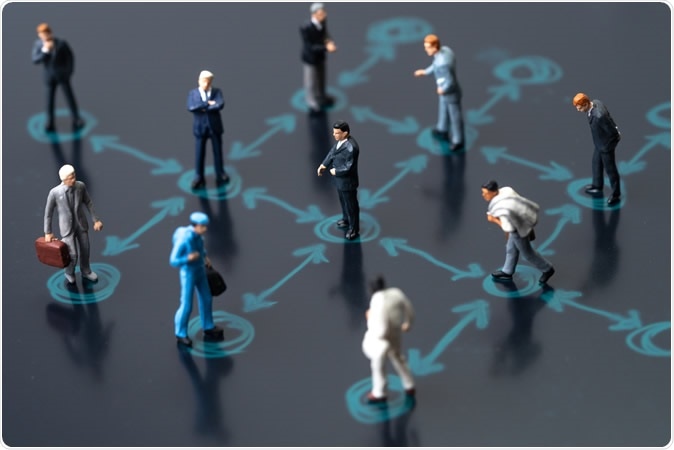 However, experience from previous pandemics and widespread epidemics have shown that the efficacy of such policies depends in large part on the awareness of the general public of the risks they face, both societal and personal. Threat appraisal and risk perception are important determinants of behavior in protection-motivation theory, and play a crucial role in the willingness of the general populace to co-operate with government recommendations and policies to control the virus and adopt personal protection measures. These include frequent handwashing, social distancing, staying out of public places, and wearing face masks.

In other words, a nation’s response to the pandemic and their efficiency in dealing with it is affected by the answers to the questions: How concerned are people about the virus? What psychological factors affect their concern? These factors play a fundamental role in determining how the pandemic will spread.

The current study by a team of researchers from the University of Cambridge tries to answer these questions.

The researchers say, “Risk perception is a subjective psychological construct that is influenced by cognitive, emotional, social, cultural, and individual variation both between individuals and between different countries.” Being a complex concept, not much is known about how the public looks at the risk posed by the infectious disease compared to more commonly faced environmental issues and the like.

Most previous studies on risk perception have been performed during previous pandemics, such as the swine flu pandemic of 2009. These have primarily aimed at exploring public risk perception or describing the findings, rather than operating on a theoretical foundation. Most of these previous studies are also limited by one or more of the following shortcomings:

What does the approach incorporate?

Therefore, the Cambridge team used a more broad-based approach founded on the theory that encompasses over fifty years of risk perception research. The underlying approach incorporates grouped variables that correspond to the personal experience of risk of the subject (in terms of actual experience and emotion), the intellectual understanding of risk among the whole people, called the cognitive tradition, and the social and cultural framework in which the individual operates.

The latter would include cultural theory, social amplification of risk (increased communication of risk by socially shared messages), values and trust in the government, in science, in medical professionals, as well as efficacy. Individual variables such as age, sex, and education, which affect risk perception, are also integrated into the model. The holistic nature of the model keeps it from being excessively being influenced by a single parameter.

How was the study done?

The current study, therefore, collated data to measure an index, including the public perception of the likelihood of the risk – the cognitive element, the worry about the risk – the emotional component, and how prevalent it is – the time-space associations of the risk. This forms the first paper that presents an international analysis of holistic risk perception of COVID-19 among almost 7,000 participants from 10 countries in the period between the middle of March and the middle of April 2020.

The team collected data from ten countries around the world for geographic and cultural diversity. These comprised the United Kingdom, the United States, Australia, Germany, Spain, Italy, Sweden, Mexico, Japan, and South Korea.

They used interlocking age and gender quotas in almost all the countries, aiming for a target of 700 subjects from each. The survey, which the participants were paid to take, was conducted through a web browser and required about 20 minutes to complete. They gathered information from a total of 6,991 participants on items that would help participants express how serious they thought the pandemic was, how likely they thought they, their family or friends were to catch it within the next six months, and the level of worry about the virus.

“Without pharmaceutical treatment, we are relying on people changing their behavior to put the brakes on this pandemic,” said Dr. Sander van der Linden, who led the study. “The willingness to adopt protective behaviors such as frequent handwashing or physical distancing is likely to be influenced, in part, by how risky people perceive the virus to be.”

What did the study find?

Overall, most countries had a high perception of risk. The study found the risk perception was highest in the UK and Spain, followed by the USA, and lowest in South Korea and Mexico. They also found that men perceive less risk than women, though they are more likely to have a severe or critical illness.

Individuals who have had direct contact experience with COVID-19 perceive more risk than those who have not, showing the importance of the affective or emotional component of risk perception.

Similarly, people who hear about the virus from family or friends see it as riskier than others, proving the role of social amplification.  Interestingly, the prosocial – those who believe they should do something for others or society even if it brings them little or no gain – tended to perceive more risk than the individualistic, in 9/10 countries, except in South Korea.

This could help harness public cooperation, says researcher Claudia Schneider. “Appealing to prosocial motives can be an important part of solving social dilemmas during pandemics.”

The individualistic worldview, prominent in countries like the US, Germany, Sweden, Spain, Japan, and the UK, leads to a lower perception of risk and less compliance with recommended preventive health measures. Comments another researcher, Sarah Dryhurst, “The perception that the government is restricting people’s freedom might cause psychological pushback among some people with strong individualistic worldviews.”

These factors were operative in Germany, Spain, and the USA.

Somewhat surprisingly, Italy, which has been one of the hardest-hit countries by the coronavirus, had a relatively low average risk perception.

What are the implications of the study?

The contributing factors for the difference between risk perception between people from different countries are firstly the extent of individualistic thinking, prosociality, and direct experience with COVID-19. Risk perception was significantly linked to a higher probability of preventive health behavior, which would help control the risk.

The study shows that most of the contributing factors of variation in risk perception are unknown as of now. Further research should cover objective knowledge of COVID-19, as well as a multifaceted appraisal of social norms and general feelings about the illness.

To people in power, risk often means “the probability of catching a disease multiplied by the magnitude of the consequences.” To the man on the street, however, the risk is perceived based on a number of factors related to the personal and collective experience of risk, as well as personal and social values.

Alexandra Freeman, Director of the Winton Centre for Risk and Evidence Communication, summarizes: “Governments are asking people to stay inside and give up their livelihoods in order to protect their societies. It’s important we understand how people react to the information and instructions they receive about the virus.”

The study concludes than information on risk-perception factors around the world would be helpful to policy-makers during this crisis, enabling them to create evidence-based risk communication strategies.

At least 114 new deaths from the coronavirus outbreak were reported on Thursday, bringing the death toll to 2,118 in China. China‘s National Health Commission also reported 394 new confirmed cases, significantly lower than the 1,749 infections announced nationwide the previous day. A total of 74,576 victims are now infected. More: The drop, the largest in […]

By Staff Reporter 8h ago Share this article: ShareTweetShareShareShareEmail Former ANC Western Cape chairperson Marius Fransman has been hospitalised after he tested positive for Covid-19. He underwent testing last week after feeling unwell upon his return from an overseas trip. Fransman shared the news in a post on his Facebook page on Tuesday night. “Since […]

Hospitals and nursing homes are offering hazard pay to employees who work directly with Covid-19 patients to boost morale and to compensate those workers for their greater infection risk. Kaleida Health, Catholic Health and the McGuire Group are among the institutions providing this temporary boost in pay during the new coronavirus outbreak. The aids, nurses […]