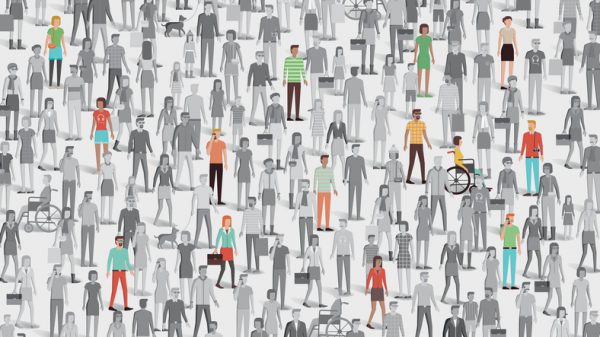 Crowdsourcing, representing diverse internet users to achieve a defined objective, is a feature of the digital generation. Wikipedia currently hosts more than 48 million articles in 302 languages. Ride-sharing applications enable mobile crowdsourcing of transportation services. These examples — which started as seemingly far-fetched ideas but are now mainstream and used daily by millions of people across the globe — demonstrate the ability of crowdsourcing to enhance or improve processes within our daily lives.

Crowdsourcing also extends to healthcare. There are medical applications for crowdsourcing that draw from a large pool of qualified people including diagnosis and clinical trials.

Medical crowdsourcing can provide collaborative, insightful information with the ability to deliver and provide more impactful patient care. A recent documentary series chronicles how it can be used to successfully diagnose seemingly impossible medical cases. For example, a patient case was described in a medical online column, where readers around the world provided their input with differential diagnoses supporting the variety of tests (image, specimen, etc.) undergone by the patient. This led to a more plausible and effective diagnosis for the patient. It also opened the opportunity to provide the patient with more novel  treatment possibilities, clinical trial options, while also informing a supportive medical community.

There are other examples. An online platform of 600,000 licensed physicians is also being used to assist in diagnoses and has found time-sensitive solutions for pediatric patients. A group of 46 doctors from around the world helped solve the case of a Canadian girl who presented with E. coli-like symptoms within hours of her case being posted. A doctor in the United States received a diagnosis of plastic bronchitis for hypoplastic left heart within hours of posting a photo of an unknown mass his 14-year-old patient had coughed up. The quick diagnosis led to successful cardiac surgery for the patient.

Patient-mediated crowdsourcing can also assist clinical trials by determining the safety and effectiveness of a potential treatment. An online network of nearly 1 million patients, caregivers and researchers, involved with 2,900 different medical conditions, demonstrated its utility in clinical discovery. Two patients with the neurodegenerative disease amyotrophic lateral sclerosis (ALS) used this platform to recruit 149 ALS patients to take lithium and report its impact on their disease progression and symptom alleviation. The results, available after only eight months, revealed that lithium did not impact ALS. These results aligned with subsequent randomized clinical trials and were statistically corroborated in a study published in 2011. The speed, low cost of the study, patient diversity, and strong patient engagement were hailed as key benefits of a crowdsourced approach versus traditional clinical trials.

The intent of clinical trials is to demonstrate the safety and effectiveness of a drug to receive market approval, yet poor study design may impede this process. Medical professionals and scientific researchers currently write and execute most protocols to test the drug. As a result, traditional clinical trials are often complex, costly, and enroll far few patients than expected.

Physicians believe crowdsourcing can address traditional clinical trial concerns. With the current limited state of funding availability, it is imperative to locate alternative sources of funding and enable clinical trials to be performed for less cost. Those involved most in clinical trials – the patients, physicians and nurses, and advocates – have the ability to identify limitations and advantages of certain elements, suggesting that those players would be able to contribute to an initial draft of the protocol.

Putting the focus on the patient also aligns with the FDA’s current clinical trials perspective. The 2016 21st Century Cures Act and 2017 Food and Drug Administration Reauthorization Act encouraged the incorporation of patient experience data to be included with all new drug applications. The idea that the elements included in clinical studies would ideally reflect what patients have identified as mattering most to them for a specific disease.

Online platforms have been developed at several points of the clinical trial process including patient recruitment by using the social media of patient advocates, and execution of clinical trials by enabling direct enrollment to clinical trials online. Protocol development is also being optimized with the use of novel technologies designed to curate input from the global community. Surveys with protocol questions are posted online for review by the target crowd, including physicians, patients and researchers. These surveys can contain a series of questions addressing key aspects of the study as well as a description of the protocol is then provided. Topics range from study rationale to appropriate dosage and each group targeted receives questions relevant to them. Responses to multiple choice questions are quantitatively measured while qualitative text analysis identifies trends in free text answers. Answers are then used to complete online clinical trials or revise clinical trial protocols. Initial work has proved beneficial in many cases: using this method, clinical trials in psychology produced inexpensive and high-quality data while 60 physicians and 40 patients crowdsourced major modifications to a cancer clinical trial protocol.

In addition to encouraging critical thinking, this form of crowdsourcing also enables discovery and incorporation of innovative ideas. For example, telemedicine-based patient assessments significantly reduced costs in a clinical trial protocol designed to test the FDA approved high blood pressure medication lisinopril as a treatment for multiple sclerosis. Approval of this trial in 2012 marked the first time the FDA approved a clinical trial protocol developed by crowdsourcing.

The advantages of these methods enhance the likelihood of clinical trial success. Patient and physician involvement with the protocol increases future patient recruitment and retention by early exposure to the study and establishing parameters that impact the target community. Fewer amendments are often required for the protocol since key concerns have already been addressed prior to submission. Faster recruitment and decreased protocol amendments result in decreased clinical trial cost and duration.

Taken together, medical crowdsourcing enables effective collaboration on everything from diagnosis to clinical trials. Using powerful online tools or patient networks are just two of the ways in which the creativity of the crowd can be utilized.

Newswise — Hospital for Special Surgery (HSS) has opened four urgent care centers for serious orthopedic injuries that require prompt medical attention. HSS Urgent Ortho Care has two locations on Manhattan’s Upper East Side; one on Long Island in central Nassau County; one in Stamford, Connecticut; and one in Paramus, New Jersey. As a specialty […]

Trump vows to halt WHO funding as U.S. deaths continue to rise

Associated Press 3m ago / 1:35 PM UTC Here’s how millions voted in S. Korea amid coronavirus. Could the U.S.? SEOUL, South Korea — In a surprisingly high turnout, millions of South Korean voters wore masks and moved slowly between lines of tape at polling stations on Wednesday to elect lawmakers in the shadows of […]