London, United Kingdom – A British Pakistani woman who worked as a hospital cleaner for 15 years before realising her dream and graduating in nursing has become one of the first nurses in the United Kingdom to die of COVID-19.

Areema Nasreen, a 36-year-old mother to three children, was described by friends as positive, spiritual, funny and open-hearted.

Despite having no underlying health conditions, Nasreen lost the battle with COVID-19 early on Friday in an intensive care unit at Walsall Manor Hospital, where she had worked for more than 15 years and where she contracted the coronavirus two weeks ago while supporting patients who had tested positive.

“Areema was such an amazing person,” Shabeena Kousar, Nasreen’s friend of 16 years, told Al Jazeera. “She always used to greet everyone with a smile. She was the type of person who would do anything for anyone.

“She had so much left to do, but Allah has called her. Our prayers are with her family, her husband, her children, and her parents,” added Kousar, who said she felt “completely lost”.

Describing Nasreen as a giving person who was always the first to get involved, the two friends organised several charity and public events together with the local Muslim community.

Nadia Shabir, who went to school with Nasreen, said: “If you were upset, you’d ring her and she’d put so much courage in you. She’d always say, ‘Read your prayers, turn to God’.

“Everything about her was so positive, nothing negative. She was the kind of person, if you sat in the room with her, she would make you laugh. Anything she had, she would give that to you. She was so giving and open-hearted. She was definitely an angel.”

Nasreen fulfilled her lifetime dream and graduated in nursing in 2019.

“All she wanted to do was to make something of herself, and she did it,” said Shabir. “She graduated and became a staff nurse in the same ward where she was a cleaner for over 15 years.”

Nasreen used her own story as a motivational speaker to encourage others to pursue their ambitions.

In a tweet she posted celebrating her graduation at the University of Wolverhampton, she wrote: “Never thought I could see this amazing day. Thank u to Walsall Manor Hospital for believing in me … dreams do come true.”

Never thought I could see this amazing day. Thank u to Walsall Manor Hospital for believing in me. Countles’s people one who was me struggle to believe that they have the right to dream. But please follow through, and yes with commitment compassion support dreams do come true. pic.twitter.com/gR2P101B5P

“Areema was perfectly fine. She had no health issues. She was always out and about. She was like a rollercoaster she was. It can happen to anybody,” said Shabir.

At least 3,605 people have died from coronavirus in the UK, including dozens with no underlying health conditions such as 13-year-old Ismail Mohamed Abdulwahab – believed to be the youngest victim in the UK, a country where 173,784 have tested positive.

Dr Salman Waqar, the general secretary of the British Islamic Medical Association, said: “Areema Nasreen’s death serves as a stark reminder that COVID-19 can affect anyone, and we must all do our part and take the pandemic seriously. Social distancing is critical to controlling the outbreak. Individuals with families who show symptoms must isolate and take precautions. Stay at home, save lives, and protect the NHS.”

Her death came hours after Mohamed Sami Shousha, a prominent British-Egyptian consultant, became the fifth doctor to succumb to the disease. He was 79.

Although he did not treat COVID-19 patients, Shousha was admitted to hospital after contracting the virus on March 23.

He died in London on Thursday, leaving behind his wife and two daughters.

His nephew, Abdulrehman Shousha, said: “My uncle was an honest, kind and hardworking person; he was humble and loved to serve his family and friends.”

Shousha was an expert in histopathology who trained at the Royal Free Hospital and the School of Medicine, London.

He had worked at Charing Cross Hospital in west London since 1978, where he oversaw the breast histopathology service.

Omar Qassid, a consultant breast pathologist who trained under Shousha in 2012, described him as a “superman”.

“He was the most polite man, a gentleman. He was always very kind to the junior doctors. He left a treasure of knowledge in each junior doctor’s pocket. For me personally, he trained me because of my interest in breast cancer, and that’s what I do now. I do exactly what he used to do.

“Whatever I have done and achieved now, is because he had that positive impact on me when I was a junior doctor.” 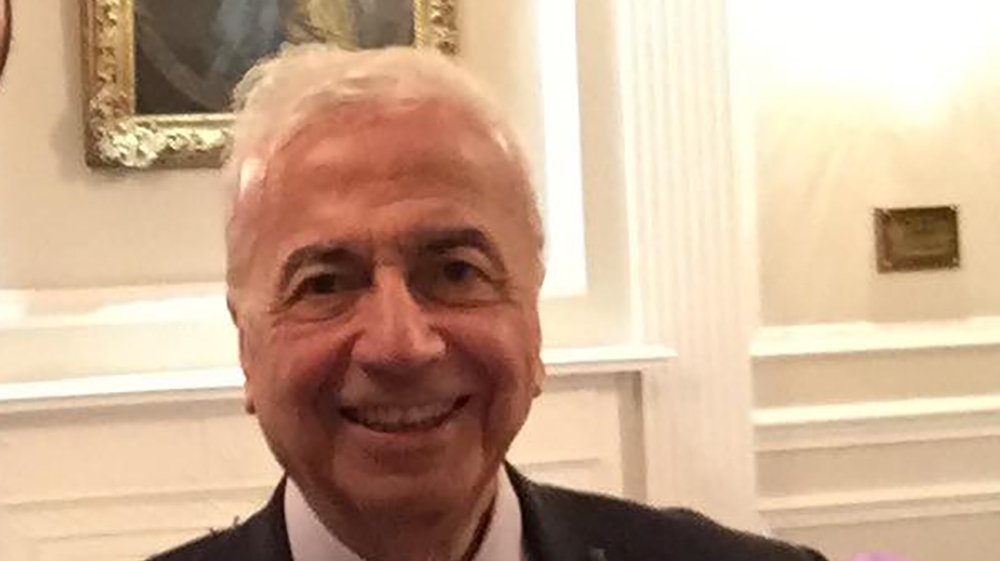 Mohamed Sami Shousha was described as a kind and polite gentleman who gave his time generously to teach junior doctors [Courtesy: Abdelrahman Shousha]

Charles Coombes, a professor of medical oncology at Imperial College who worked with Shousha for 30 years, said: “He was the kindest, nicest academic I’ve ever worked with. His personality was such that even though the NHS has been under tremendous strain, he was always well mannered, kind, considerate, and just an outstanding colleague.

“His humanity and lightness of spirit, kindness always seemed to have time for one. He was always interested and willing to help, and at the same time incredibly modest.”

“He was a wonderful, caring and inspiring man, deeply loved by all, and even as a consultant taught me so much about not just the pathology of cancer, but cancer and people in general,” said Justin Stebbing, a professor of cancer medicine and oncology who worked with Shousha for 14 years.

Dr Neha Tabassum, a mentee of Shousha, posted a tribute on Twitter: “It’s so sad to hear this news, I am in tears!! Professor Sami Shousha was one of my mentor. Without his support, my PhD would not have been possible. He was such an amazing human being. May his soul RIP.”

Get all the latest news on coronavirus and more delivered daily to your inbox. Sign up here. EXCLUSIVE: South Dakota Gov. Kristi Noem on Monday announced a statewide clinical trial of hydroxychloroquine for the possible treatment of COVID-19, making her state the first in the country to institute a program exploring the potential effectiveness of the drug in treating […]

A programming note: WDWS 1400-AM will carry live a 3 p.m. news conference regarding the first known case of coronavirus in Champaign County by the Champaign-Urbana Public Health District. The News-Gazette’s Deb Pressey will be in attendance, providing updates here as they develop. **** SCHOOL SHUTDOWN: ‘ACT OF GOD’ DAYS The school days lost during […]